Should You Make Premarital Counseling Part of Your Wedding Plans?

As a counselor for many years here in Southern New Hampshire,  I must say that I truly enjoy working with couples in premarital counseling.   For example, meeting with couples comparatively early in their relationship, we can explore communications and decision-making patterns which are just taking shape.  This makes it so much easier to understand their developing relationship patterns, reinforcing the nice ways in which they support and complement one another, and bring out the best in each other ... but also the potential foibles and pitfalls.  We can talk about these in ways that might actually be an enjoyable part of a couple getting truly to know one another, and a helpful thing in the longer term.

Of course premarital counseling involves talking about the here-and-now stress of all the decisions you face together as you head toward marriage.  This may include the wedding plans and details (and family topics that often come with that), careers and housing, child and family hopes, and so on. Also open for discussion  are more abstract topics of commitment and security, affection and intimacy needs, boundaries and how you define your relationship, and so on.  The topics of concern to you typically provide the "content" for the premarital counseling conversations  as we simultaneously explore the "process" or dynamics of how you relate to one another.  For example, how you communicate with one another, how communications can sometimes get disrupted, how decisions are made, and how disagreements are managed. 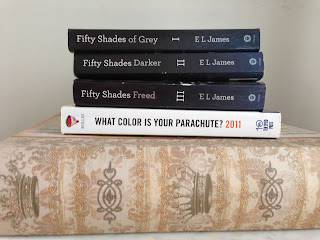 [Photo by C. Hindy: Couples counseling before marriage is a way to explore together your hopes and dreams, wishes and fantasies. I think of it as "priming" so many important topics that become lifelong "conversations."]


Premarital counseling often involves some exploration of one another's family backgrounds to appreciate how personality patterns, communications styles, and relationship expectations more generally have been shaped by what we learned growing up:  the memories and joys of our childhood and adolescence, as well as the challenges, what came to be important to each of us, and how we learned to pursue our goals.

Your expectation on entering into premarital counseling should be that you will become even closer as you learn more about one another. It can help the you put your differences (and potential future differences) into a less threatening context.  Years later, when life is more complicated with children, careers, in-laws and extended families, and so on, it can make it easier to 'get back to the basics' when problems develop.  Frankly, I think that couples who had a good experience in premarital counseling are more willing to return to counseling -- and return to reflecting and sharing -- when there are new concerns.

It is my hope that premarital counseling will be approached as an educational and pleasurable sharing rather than some dreaded clinical procedure!  It's a conversation; it's an aide to the lifelong conversation that really defines your marital relationship.  I often joke that we should ask premarital couples, “Would you like the service contract?” Maybe it’s not such a joke, though. Establishing a relationship with a counselor early-on, and viewing that person (or at least such an option) as a future resource, might be very helpful. 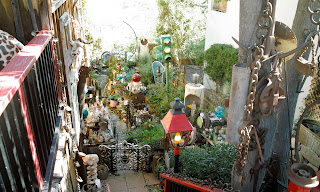 [Photo by C. Hindy:  Think of premarital counseling as interesting and maybe profitable shared exploration, NOT a dredging up of bad things]

Carl Hindy, Ph.D.
Nashua, NH, United States
I've been a NH-licensed psychologist, in private practice in Nashua, since 1987. Much of my work is with couples in pre-marital and marriage counseling, and I also work with individual adults in psychotherapy. As co-author of a popular book on love relationships -- "If This Is Love, Why Do I Feel So Insecure?" -- working with couples remains a special passion.